Yesterday was a tough day for Equinix, the worlds largest colocation provider and even more so for their customers in what is now known as LD8, but which has been known for longer as HEX, or Harbour Exchange, one of the UK’s most important network interconnection hubs.

Up to 15 hours without power for some clients as the American head quartered colocation operator suffered major UPS issues in this long established facility. Despite all the planning that network operators put in place to avoid reliance on single points of failure, yesterday’s problems did cause some network and service affecting issues throughout the day.  Indeed, with the site housing huge networks such as TalkTalk, Akamai, the BBC, Apple, Microsoft, Facebook, BT and Sky it is perhaps impressive at just how limited the fall out was yesterday, although understandably frustrating for those who were impacted.

Equinix acquired HEX through their 2015 purchase of Telecity, having initially bought London based IXEurope in 2007 to spearhead their drive into Europe.  The HEX data centre complex was originally two independent data centres, the first opened by Redbus Interhouse in 1999 in 6&7 Harbour Exchange and then Telecity opened their second London data centre next door in 8&9 HEX in 2001.  Telecity then acquired Redbus in 2005 which brought both sites under a single company and it was only around 2015 or so that it was finally possible to run an “in-building” cross-connect between both parts of the site.

Access to the strategically important network hub of London Docklands was definitely one of the strategic wins for Equinix in their acquisition of Telecity, with LD8/HEX remaining the second busiest site for LINX, the London Internet Exchange, with some 13% of all active LINX port in use here. But this compares with 43% in Telehouse North which remains the de facto leader for interconnection services in the UK (if not Europe).  It is interesting to note though the continued rise of the Equinix Slough campus, still a comparative “newcomer” to the UK interconnection scene only having begun operations since 2007.  The Equinix Slough campus, comprising LD4, 5, 6, 7 and 10 has 191 LINX ports in use today or around 11% of the total and is the second fastest location for port growth for LINX, second of course to Telehouse who have gained 80% of all new LINX ports deployed over the past 18 months!

For completeness it is worth mentioning both DRT, Digital Realty Trust and Interxion.  DRT’s presence in London Docklands and the two LINX nodes in Bonnington House and Sovereign House was driven by the forced disposal of 8 former Telecity data centres by Equinix as part of the deal agreed with the EU Commission to allay competition concerns regarding the Telecity acquisition.  With DRT recently implementing a “campus cross-connect model” between all their Docklands sites, including the recently opened 4MW Cloud House, adjacent to Bonnington House, DRT can claim some 7% of LINX ports and perhaps might offer more scope for growth now with their newly increased Docklands capacity.

Similarly, Interxion have recently launched a further 20,000 sq ft of new capacity with their LON3 building, adjacent to the long established LON1 and 2013 LON2.  Interxion has 68 active LINX ports or 4% of the total LINX ports in London.  Being based on Brick Lane, Shoreditch, some 4 miles away from East India Dock for example, Interxion does offer a higher degree of geographic diversity to all the Docklands sites.

Whilst it was clear that the fall out for the large network operators from yesterday’s problems was fairly limited, for smaller operators building the same level of resilience and redundancy is relatively a much heavier burden.  One of the solutions Amito provides that helps to alleviate this to some extent, is our secure, dedicated quarter racks, which are now available in all the key London network ecosystems, including Interxion, since the start of 2020. 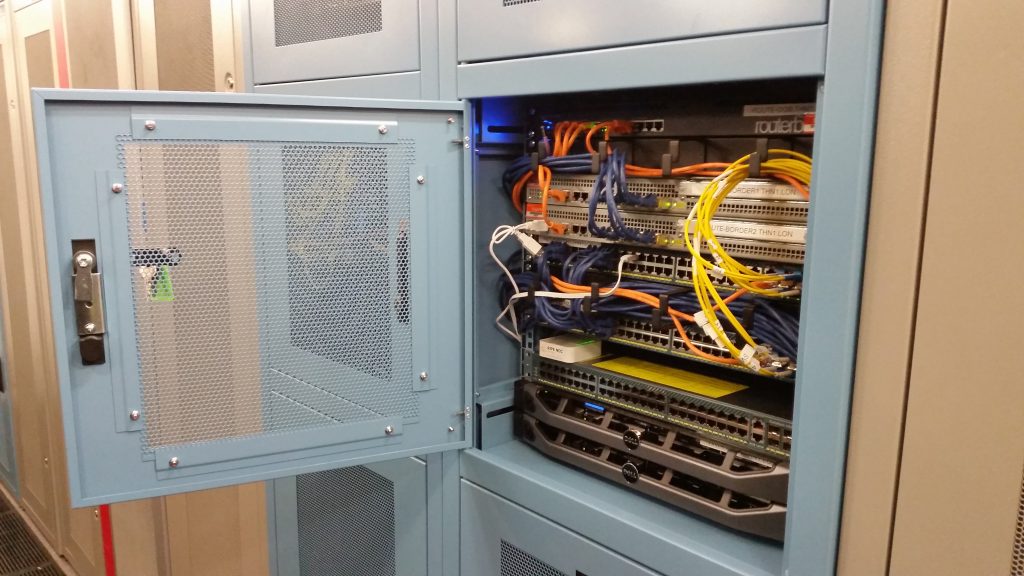 Amito’s quarter rack units provide 10-11U of usable space, dual power and provide highly cost effective access to these important hubs at a fraction of the cost of a full rack.  Amito has been operating these since we began operations in Telehouse North back in 2004 and today we host over 40 LINX members as well as numerous ISP’s, carriers and network operators.  Indeed, the customer list is not just smaller operators, some very large networks often use our quarter racks to act as a “landing point” for customer circuits.

Amito has also implemented a recent network upgrade connecting our 1000 rack Reading data centre (where the cost per kW is about half the cost of the central London sites) with all the London LINX sites and also the two Global Switch buildings adjacent to the Telehouse Docklands campus, where the arrival of the Google Cloud presence has definitely increased interest over the past few years.  Amito’s new network can now provide 10, 25, 40 or 100Gbs waves, thus offering an integrated platform of both colocation and data centre interconnects.

Over 20 years of ecosystem experience

Every data centre operator should be honest enough to admit that a single site will always remain a SPOF, Single Point of Failure, no matter how much they invest in their systems and levels of redundancies, and fortunately failures such as yesterday are pretty rare events.  Building resilience is an expensive overhead for all networks but especially for smaller operators.  Amito has extensive experience in the London interconnection market and can offer not only cost effective solutions but also the benefit of our many years’ experience that can help clients with site selection looking at not just the cost of colocation or per kW, but also other aspects such as cross-connect costs, access or onsite support options. 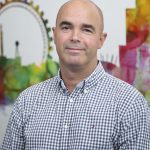