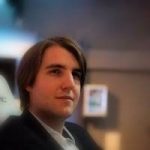 We talked to Marcel Bößendörfer, CEO of Nitrado, the world-leading game server and application hosting provider to understand how Nitrado has ramped up capacity to meet increased demand during the pandemic.

The demand for online gaming has been significant to say the least, a recent study by Verizon shows that the US alone reported a 115% increase; can you describe Nitrado’s experience of this upsurge in activity?

At Nitrado we noticed a really significant surge in demand for our services, as soon as the pandemic began in early March we started to see an huge increase in activity; in fact, in just 10 weeks we have experienced a 30% growth in our business.  Incredibly, some specific game titles in our portfolio reached an increase in activity of over 238% at the peak of the lockdown.

What was the impact on your infrastructure? Were you prepared to be able to ramp up so fast?

We were able to be flexible in our approach by ramping up our infrastructure really rapidly. We purchased new hardware as needed and additionally used third party providers, which enabled us to manage the important challenge of maintaining enough spare capacity for peak times.

Critically, our Nitrado hybrid cloud platform is able to scale into the cloud when needed at the moment a peak occurs. We are cloud provider agnostic and work with the big hyperscalers as well as other bare metal server providers and transparently integrate them into our infrastructure. At the last count our infrastructure is currently hosting 57,000 CPU cores and 737,000 GB of RAM.

Latency and downtime are the two biggest disruptions for gamers – how has Nitrado ensured continued play without interruption?

The big challenges to achieve an uninterrupted gameplay lie in the following three components: Power, Internet and Server hardware.

Internet:
We are connected to multiple ISPs and have our own routing. Due to the nature of game servers that do not require that much bandwidth, but at the same time are prone to DDoS, our capacity is a multiple of what we actually need for regular use and this allows us to grow.

Server hardware:
Our server technology and data management are the most cutting-edge and advanced in the industry. Nitrado relies on a highly sophisticated infrastructure and quality hardware. (e.g. enterprise SSDs with a high durability, redundant power supplies etc.)
For worst case scenarios we have enough spare hardware at our disposal. Additionally, Nitrado’s entire network is fully protected by SteelShield™, our proprietary highly advanced DDoS mitigation solution.

In the first weeks of the “quarantine” we received several complaints from customers that the connectivity to one of the major German Internet providers was not satisfactory. We were able to identify that somewhere in the network from that ISP to all of our upstream providers that we’re using in Frankfurt there was congestion. Some for outbound traffic, some for inbound, some only during peak hours. We had to react quickly and because of the peering policy of that specific ISP we had to buy traffic from that provider. Both of our networks are now directly connected to each other via a fibre cable in the data centre. This solved the situation completely. Such a solution was only possible because we run our own network and are always striving to improve the online gaming experience.

How has Amito supported Nitrado during this time?

In order to cope with the surge in demand we ordered new server hardware and needed additional colocation space at Amito’s data centre as quickly as possible. Amito reacted really fast and provided new space and increased power which were critical to support our growth. We really appreciated the rapid response to remote hands requests (e.g. for installing new hardware).

What do you think the future looks like once people start returning to work? Do you anticipate a drop in demand?

We have already noticed that the situation is slowly stabilising and returning to what we would previously thought of as normal.

These recent unusual circumstances have shown us that we have the capacity to be able to adapt and respond to unprecedented situations and demands.  As a company we have seen the potential to change how future office work can look like, as many of our employees for example could see the benefits of working at home, utilising digital collaboration and virtual events to continue business as usual.